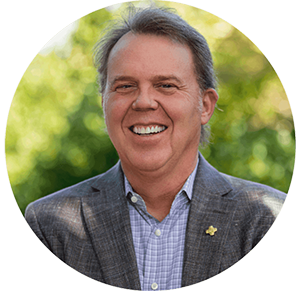 Dr. Eddy Sauer is a native of Amarillo, Texas, and received his Bachelor of Science from West Texas A&M University (WTAMU). He went on to attend Baylor College of Dentistry where he graduated in 1987. Not only has Dr. Sauer worked to stay up to date with the latest techniques and technology in dentistry, he also teaches other dentists across the United States in these advanced practices. Dr. Sauer is an Invisalign Premier Provider, having provided Invisalign treatments since 2003, and a part of the GP Faculty for Invisalign, teaching various courses as well as Study Club presentations. Dr. Sauer is also a trainer for CEREC, teaching Basic and Advanced courses since 2004. He was one of the first dentists in the Panhandle to use CEREC to provide advanced tooth restoration services chairside rather than outsourcing to a lab.

In Dr. Sauer’s personal time, he is involved in the local community, having served as an active member of WTAMU Alumni Association Board from 1990 to 1995, and the president of the Panhandle District Dental Society in 2001. Since 2007, he has been serving on the board of the Turn Center Foundation, a local non-profit offering expanded therapy services for children with physical disabilities. In 2012, he was elected to serve as president of the foundation. Dr. Sauer also serves on the board of Streams of Water Ministries, which serves Mexico through food, clothing, and many other facets. They have an orphanage, Rescue a Child, which houses 20 Tarahumara Indian children and ministers the love of Jesus to those who have been abandoned and forgotten. Dr. Sauer has been married to his beautiful wife, Tina, for 32 years, and they have four daughters and two granddaughters. Dr. Sauer and Tina are members of Messiah’s House, a nondenominational church in Amarillo.

Dr. Sauer has completed the following continuing education courses and certificates in dentistry: